Stones have always been a part of the religious and spiritual beliefs of the ancient peoples. Many ancient traditions used them as symbols, tokens, and talismans, in their everyday life as well as in their magical or religious ceremonies.

One typical example are the twelve breastplate stones of the High Priest, as described in the book of Exodus in the Old Testament. Each of the 12 stones was associated to one of the 12 tribes of Israel.

The breastplate (Hoshen) contained four rows of gemstones distributed in the following order: in the first row there were Ruby, Topaz, and Aquamarine; the second row contained Turquoise, Sapphire, and Emerald; the third row contained yellow Zircon, Agate, and Amethyst; in the fourth row there were Lapis lazuli, Onyx, and Jasper. The names of 12 Tribes of Israel were inscribed on the stones.

The other example is the association of gemstones with the 12 apostles by medieval writers. You can find the full list below, although it’s hard to tell which of the many lists produced is the correct one.

In addition to being used and talismans, however, minerals, crystals, and gems have also been associated to the day of birth of the individual members of these ancient communities. Hence, their use as birthstones.

We have a lot of birthstone classifications. Here you can find three of the most popular birthstone lists, the traditional, modern, and mystical list. You can check your particular birthstones in either of them by following the above link.

As its name suggests, the traditional birthstone chart has a long history, in contrast to the modern chart, which is derived from modern considerations. They share a good deal of common associations between stones and months of the year, but also have many differences. 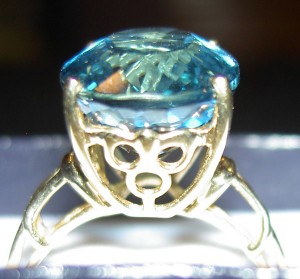 Please note: You should take these birthstone lists with a grain of salt. There’s no one that can guarantee their correctness and accuracy. When in doubt what to choose as your birthstone, use your intuition, or the one you are drawn to.

Three most common Day of Birth classifications of birthstones.

Here are the Birthstones for each Season

Here is the list of birthstone association with the 12 apostles. If you have a favorite apostle, or if you are named after one of them, you might want to
try the associate gemstone.

Regardless of what way you choose your birthstone, always remember to use your intuition. People are drawn to certain stones for a reason. They feel the
compatibility on a deeper, subconscious level, but for that, a personal touch is needed. So, after you have read enough, find your nearest crystal store,
and go there in person to select your favorite birthstone.