Leo is a Fiery Sign – a sign of Hercules and the Lion. People born under this Zodiac sign possess great personal magnetism and are often entrepreneurs, entertainers and artists.

The Sun enters the Zodiacal House of Leo on the 23rd of July and remains there until the 23rd of August. The constellation of stars bearing the name of Leo with more than seventy stars visible to the naked eye is situated in the Northern Hemisphere, close to the Great Bear constellation. The largest star is know as Regulus and has been used for navigation at sea in the past.

Leo is a so-called fixed astrological sign. Similarly, people of this sign often have fixed ideas and goals, and if they believe them to be right and true, they do not yield to opposite arguments or pressure.

Leo as masculine sign has been assigned to the Sun, and indeed, that is the most fiery of all signs. When the Sun, which is the ruler of the house of Leo is in occupation, the heat produced looks like that of a raging lion, and hence the origin of its name.

In ancient Greek mythology the Sun was embodied by Apollo. With the zodiac sign of Leo we also relate the story of Hercules and the Nemean lion. The killing of the Nemean lion was the first of the 12 labors of Hercules. The lion was a fearsome beast that terrorized the land of Nemea, Greece. Hercules found it difficult to kill the lion whose skin was impervious to metal, stone and wood. Hercules had to use his bare hands, strangling the animal and removing its skin to wear it afterward as a cloak. In order to find lion’s weakness, Hercules had to study, observe and track it for weeks. That’s indeed what dedicated, heart centered work means, and that kind of work is expected from Leo. 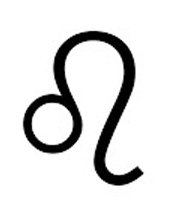 Fighting the lion is a metaphor of the creative process that the sign of Leo has to face head on. Note how Hercules went to fight the lion bare-handed. He only had himself. Likewise, the zodiac sign of Leo is destined to work on and perfect the art of self-expression.

This sign has unbounded enthusiasm and often believes to have a special mission in life. Leo tends to be very persistent in the following of its goal, regardless of the time, cost, possible inconveniences or amount of personal sacrifice.

People born in this sign are capable of formulating ideas quickly and can adapt well known fact and ideas giving them new purpose and meanings. Having a sharp mind, they can surprise their listeners by the apparent mastery over the subject of discussion. They possess a keen appreciation of art and are very fond of beautiful and harmonious surroundings.

Leo is capable to consider things from a real, practical standpoint, which leads to scorning trivial or minor actions. That’s why you can often see how Leonians are able to elevate their position from an ordinary crafts-person or artisan to a rich magnate.

Leo personalities are of bright disposition, sympathetic and generous, vivacious and joyously unrestrained, with a pleasant character free from envy or malice.

From time to time, they are inclined to quick flashes of temper, but they are never resentful and they can often win their enemies into apparent friendliness. 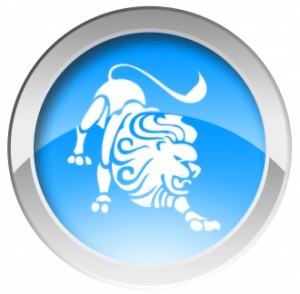 These vigorous personalities can be make money with ease, but they are not really prone to saving them. Instead, they might spend their money on extravagance and luxurious life.

Leo individuals come to the fore in any social occasion and are great storytellers, which can make them objects of envy among their less-favored peers.

In love and intimate relationships, due to their idealistic views and emotional nature, they have high standard of excellence. That attitude can lead to endowing the object of their love and affection with fictitious, imaginary attributes. This, in turn, can lead to Leo’s frequent disappointments and mistakes in judgments.  However, because of their great tolerance and sympathy for the feelings of others, and due to their self-control, they can adapt themselves to any conditions and circumstances.

If not conscious enough, or under the influence of the negative aspects of the planets, Leo personalities can become unintelligent braggers and reckless investors. If that’s the case, they will stop at nothing to become popular and stand out. They will make risky decisions and engage in careless speculations, which may ultimately lead to them losing heavily.

On the negative side, Leo personality can be vain, arrogant, autocratic and cruel. The lion of Nemea can be seen as a representation of the ego of Leo and their negative side. The untamed and raw energy of the lion represent the passions that can fuel the ambitions of this sign if conquered and properly directed. By metaphorically fighting with the lion, Leo can find out how to master the ego and control the impulses of their lower nature. The exactly same symbolism can be seen in the Strength Tarot Card (which is the tarot card of Leo) that depicts a woman that stands beside a lion and holds the beast’s jaws with her hands.

Brilliant and versatile as they are, they can be very successful in avoiding the consequences of their imprudence. Some of the best actors, writers, artists, inventors, jewelers and above all leaders, commanders and officers are born in the Zodiac sign of Leo.

When it comes to partnerships and marriage, the most harmonious relationships is achieved with people born during the period of Libra, Gemini, Aries and Sagittarius.

Find out more about the spiritual and mystical properties of Leo here.

The gemstones of Leo are Rock Crystal, Sardonyx, Chrysolite, Tourmaline, and Amber. Their mystical birthstone is Rock Crystal. The modern and traditional birthstones of this sign can be found here.

“While I do like much of your site, I really disagree with Leo’s portrayal.

Leo is the mighty and fierce lion of the Zodiac and it’s only natural apex predator. As such, it should not be seen as the “artist” or “entertainer,” but the warrior-king and conqueror and many do end up going into the military or some other physical field. These archetypes better reflect the nature of the animal Leo is as well as its fierce origin as the near invincible Nemean Lion who fought Hercules himself and who even managed to bite off his finger. Many ancient astrologers like Marcus Manilius and Firmicus Maternus both described Leo with warrior qualities.

Hercules’ First Labour was also about physical strength and Leo’s association with the Strength Tarot Card signifies all types of strength.

Its rulership of the 5th House includes sports and athletics and even financial risks, not just the exaggerated creative arts or romantic affairs. So many Leos also become great athletes or businessmen.

Leo also rules over forests and mountains which means that both they enjoy the outdoors and their alone time so they don’t always need attention or luxury. (In fact, Aries was more the “luxurious” sign in medieval astrology than Leo).

So I just hope that Leo’s fiercer and more dominant traits are kept in mind in the future. Leo’s not a show kitty, but a fierce and powerful lion and should be described as such. Their great strength should’ve also been mentioned, not just for Aries or Scorpio and I really hope those qualities get included in the article too.

One last correction is that “Aries” the ram is a different being from “Ares” the Greek god of war. The two are not the same, although they’re often mistaken as such only because Aries is ruled by Mars (whose Roman aspect was actually much calmer and more strategic than his Greek counterpart which makes more sense since Aries rules the head).